Cellini, as he is called, is a Belgian artist with strong Italian roots. He wields an extreme wide array of powerful sounds; sometimes deep and emotional, yet sometimes powerful and ecstatic. A harmonic blend between wandering sounds and kicking drums is the receipt of Cellini’s productions. With his 20 years he's still very young in the scene, yet has a strong vision on music and sound. In 2017, Cellini started his collaboration with Floorfiller, a Belgian nightlife platform. Only a couple of months later he added the famous nightclub Fuse to his list. Together with Fuse he founded a new concept called Cycle Four on which they’ll invite a couple of artists a year. Reading the mind and soul of his audience, Cellini takes you on a journey through the deepest parts of the techno spectrum and translates infinite depth into audible sounds. The lines between physical and mental, tangible and supernatural, human and music got blurred while he’s on a stage.

Ahead of his show at The Garten in Beirut on April 13, we had the chance to interview Cellini!

I’m Cellini, a Belgian artist with Italian roots. I make music with a deep and darkundertone. I want people to float away and really be one with the music rather than just dance.

Q: Analog or Digital and why?

They both have their advantages, but If I really had to I would choose digital. Because of my work flow, it works much easier for me at the moment. I do need to say that synths in my productions are not that often nr 1 point of attention. For me the key element in my productions are the percussions that I record myself. I’m a drummer and just love to discover, record and tweak them in to something new.

Q: Favorite Club/Venue and why does it stand out from the rest?

Fuse without any doubt. I have a strong emotional connection with them and they gave me my first big opportunities. Apart from that there is just something unspoken in that club, all the corridors feel a bit like getting lost. And of course, the vibe and specific Brussels energy. It’s hard to describe.

Q: What was the driving force that got you into DJing/Producing and when?

In fact I always played in bands as a drummer when I started to notice that constantly working with other people wasn’t really my cup of tea. I guess that it had something to do with my vision on how things should sound and feel. That’s when I started producing music on myself, djing followed later on.

That’s a big one. I’m a HUGE foodie. It’s so important, for Italians food is more than just food: it’s our life! I Guess I need to go for 2 dishes. First one would be a good Neapolitan Pizza Margherita. But a real one, not just any pizza Margherita, it’s all in the details! On the other hand, a good spaghetti Carbonara, again made how it should be, the original Roman way is the best! We could spend hours talking about food.

Arriving at a gig and suddenly noticing that I forgot my USB sticks.

Q: 1 person you’d dream to have a coffee with?
Thom Yorke would be nice.

Eyes Wide Shut. I’m really into the deep, dark and mysterious vibe of the movie. It’s one ofmy all-time favorite movies and I could really lose myself in the vibe.

Q: Recommend a Hidden Gem in your Home country

Q: 3 tracks that got you into electronic music

Q: Tell us about your upcoming releases and plans for this year (Exclusive release/announcement)

I’m releasing my next EP in July and I’m closely working together with a couple of vocalists, I will announce these things om my Instagram account in the next weeks!

Q: Tell us a fun fact about yourself that most of your followers don’t know

I was a crazily intense kiddo. When I was only a few years old, there was a period of time where I just used to pass out because I laughed too hard. My mom would hear me laughing from my room and then she’d hear a loud ‘bang’ when I had lost it again. As a result she sometimes just slapped me in the face every time I laughed because she was scared I would faint.


Q: Last but not least, do you have any question for us?

Cellini: What and where should I definitely eat when I’m in Lebanon? ;)

Toka: We get that question the most haha, well if you're down we'll invite you for a dinner or lunch, toka's treat, if you're stay is longer than 1 night!

Q: What to expect from your show at Uberhaus/The Garten on April 13?

In general I’ll just see what the vibe will give us and what the public allows me to do butyou can definetly expect deep vibes with a lot of percussion and a blend betweenwandering strings and heavy drums.. 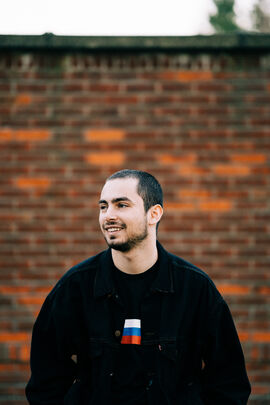 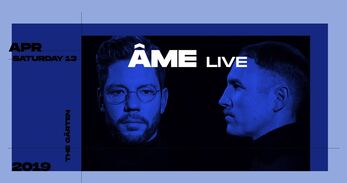 Catch Cellini at The Garten by Uberhaus

on Sat.April 13 alongside AME Live 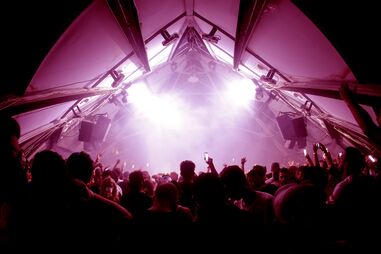 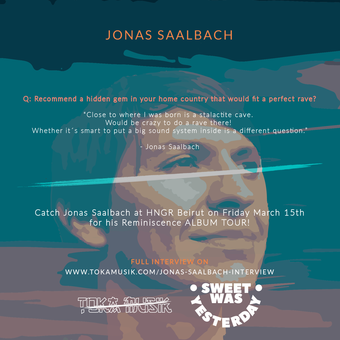