Not wanting to be reliant on other people. I started learning Logic when I was in a band about 10 years ago.

Mainly digital so I can make changes. I never stick to the first take and find it too frustrating having to go back and recreate a sound. Obviously analog has its advantages too so it’s nice to have both.

I’ve been enjoying festivals this year. I played at the Renaissance Festival in Israel a few months ago and they really know how to party. Secret Garden Party and Noisily Festival were special this year too, I guess because we haven’t had festivals in the UK for so long and people were ready to go for it. It’s usually about the people and energy you get back. The stronger the synergy between me and the crowd, the better my sets are. Or at least it feels that way.

I don’t know why but sometimes it all just works out perfectly. You choose the perfect songs for that specific time and place and mix them perfectly into each other and the crowd loves it and that response gives you a natural high and makes you innately perform even better. You can feel when it’s been a standout set. You already know it’s happening  at the time.

Being at multiple places at the same time. There  aren’t enough hours in the day for me to be a touring DJ, prolific producer, as well as make mixes, remixes, market and promote myself, be a good wife and mother, have a social life and at some point catch up on sleep. The life of a DJ is insanely challenging.
Q: 1 person you'd dream to have a coffee with?

Leonardo di Caprio. Still have a crush on him from when he was in Basketball Diaries.

Blade Runner. All the synths Vangelis used and futuristic sounds still influence me and most of the DJs I respect today.

Well then it wouldn’t stay hidden…

A remix for Dee Montero coming out on Renaissance this Friday and a remix for Mia Mendi on Watergate a couple weeks later. I just released an EP called Mind Control so I'm going to wait a bit before releasing more original material, but planning some more on my label Automatik at some point later in the year.

I used to write books in a past life.

What’s your favorite track of mine (original or remix) and where would you like to hear me play next? 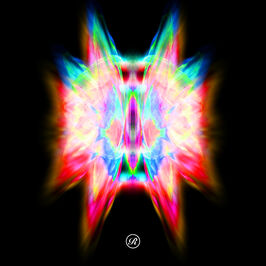