I started tinkering about with music production when I lived in Leeds in 1997 and a housemate had a copy of Rebirth RB-338 on his PC... it was a software emulation of classic Roland TB-303 Bass Synth,  TR-808 & TR-909 Drum Machines.

Both... I use mostly digital software to make music but almost always use my Moog Sub37 on the tracks somewhere and a lot of the analog emulations from UAD too.

The Hacienda was a firm favourite back in the early 90’s. All the residents were ace and they often flew over all our favourite DJs from America, all pushing that new sound called House Music ;)

To lift everyone out of poverty around the world.
Q: 1 person you'd dream to have a coffee with?

Thomas Bangalter.. I used to hang with him and Guy-Man in Paris back around 1994 before they even started Daft Punk so I’d love to congratulate him on all he’s achieved over the years and all they've done for dance music worldwide... and to see if he fancies a cheeky collab!

I would LOVE to score a film, it’s a direction I really do want to take in life and have written almost 100 tracks already for TV Production Music companies such as Ninja Tune PM, BMG PM, Deep East, Cavendish Music, The Music Supervisors and Music. Film in the States. So to be given a proper Film to score is a dream. As for which film… well if I could have been given the latest incarnation of DUNE to score then I would have gone to town on that!

The i360 Tower in Brighton is an ace venue to DJ in.. 360 degree views across the land and sea hundreds of metres up in the air! And we just happen to have Dubfire coming to do a DJ set in it at the next Brighton Music Conference on Friday May 27th as it happens!

Next up is a release on Renaissance called ‘Hang Back’ with remixes from Lehar and Santiago Garcia. Then I have a remix coming out on vinyl over Summer of the classic Kariya song ‘Let Me Love You For Tonight’ and another release pencilled in for Mobilee too.

I’m one half of Cypherpunx (Crosstown Rebels / Bedrock) and also one half of Flip Fantazia. I also used to release as Timo Garcia and have other guises such as T_Mo and Tim Sync and Harkonnen out there! 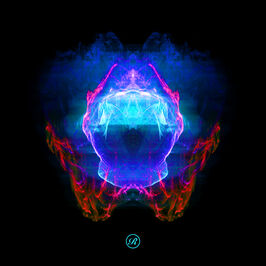