Despite early sporting success as an NBA basketball star, music has always been Seikaly’s passion. The Lebanese/American DJ and producer has played every major club worldwide and has shared the stage with luminaries such as Marco Carola, Damian Lazarus, Guy Gerber to name a few. Since 2010, he has released on labels including Suara, Saved, Yoshitoshi Recordings and many more. Recently he began his own Stride Records imprint, with a new EP ‘Pursuit’ that dropped this year, and continues to run his radio show ‘Sugar Free Radio’, now in its sixth year.

He started Stride at the end of last year as a platform for his own music, tried and tested globally on dance floors, free from anyone else’s constraints. Stride launched with the ‘Give me Space’ EP including a remix by Audiofly, followed by his EP ‘Pursuit’ in 2019. He likes to unearth varying elements and genres and merge them in his own style, rejecting strictly defined genre labels, always staying true to his own music instincts. 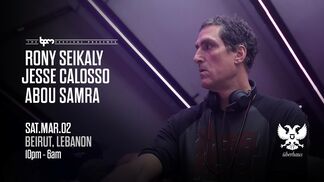 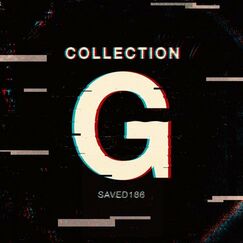 His track ‘Groove It’ is out on Saved now

Q: Congrats on launching your own imprint Stride Records late last year, could you tell us more about it and what should we expect from Stride in 2019?

Rony: With Stride I just wanted to be able to release music that doesn’t conform to anyone else’s standards. The first EP ‘Give Me Space’ dropped in December last year, featuring a remix from Audiofly, followed by my EP ‘Pursuit’ in January. I’m looking forward to putting out lots more new music this year.

Q: How would you describe your first ever gig in Miami back in 2007 and how would you compare it to your performances of recent years?

Rony: Between 2007 and 2019, the music scene has changed dramatically and just keeps evolving, so that first set will have been pretty different! The most important thing as a DJ playing gigs is to keep evolving within the sound that’s yours. That’s what I keep on doing. I try and evolve while still staying true to myself within that sound.

Q: How does the club scene in Beirut stand out from the rest of the world, knowing that it’s special for you as a Lebanese born DJ/Producer?

Rony: I think the Beirut scene is one of the best in the world! I’ve played at the top venues all over the world but will always love playing in Beirut. I love playing The Garten, Uberhaus, I always have a great time over there.

Q: Have you ever considered throwing and headlining a rave at a basketball stadium? Knowing that you’re an NBA star and a Lebanese Sports Icon.

Rony: I’m not looking to play in stadiums etc so I wouldn’t throw a rave in one – I’m looking for rooms with music lovers, not to make a big name for myself, so I wouldn’t want to play in a big stadium really. I’d rather play in a smaller room for a bunch of people who just love music.

Q: What are your thoughts on Shaquille O’ Neal becoming a DJ too, knowing that you both were NBA stars?

Rony: I love Shaq – he’s an entertainer, he plays a completely different style of music to me, but I support him in playing whatever he wants to play. Music is so subjective, he will have his fans and good for him!

Rony: Sugar Free is meant to be more of a daytime, cruising in the car, chilling in the house kind of music. I’m not sure it resonates late at night for a lot of people.

Rony: For the equipment to malfunction! Sometimes something could go wrong, and the music could stop… that is what I fear the most!

Q: Fun fact about yourself that most of your listeners don’t know?

Rony: I spend hours finding music – I don’t take other people’s music and do it the easy way. I do it the hard way, I research the music and really find music on my own.

Q: What should we expect from your headline show at Uberhaus on March 2nd?

Rony: I’ll come and do my thing! I don’t play dark, so you can expect something uplifting and groovy