When I was younger I used to flyer for a night in Brighton called Stompa Phunk, putting up posters in the wind, rain and snow. I quickly got bored and wet so taught myself how to DJ at various mate's houses. I eventually demanded to play at Stompa Phunk where I was illegally fly postering for. They said okay so I did! It seemed to go well and over time learning from a very good DJ and friend I had a blast - I then started to think I could make the records I was playing. Wow, I was so very wrong but I did try, then tried some more and after some time I started to find a style and just pushed myself to be better, and then 25 years later I was good. Easy!

Ha, I love this question. So, Why not both? I use both and love both. Analogue for its sound, irregularities and always breaking then breaking again; then Digital for being boring and always working. I love an analogue Drum machine and I love my digital plugins. what ya gonna do!?

I’ve played lots of places in my time with some incredible atmospheres and energies but for me, the one that had everything is Panorama Bar in Berlin. The response to all types of music and sounds is very open. Great quality in everything; The people, music, environment, surrounding, setup, drama, and acceptance. it's 360 degrees of everything.

Captain No Camera Man. One-click of the fingers and they’re gone only to be replaced by people taking in the atmosphere and enjoying themselves but then I suppose I'd get weirded out by people not filming and think I'm doing a bad job.. err, I dunno maybe Indecisive Man works better!

Q: 1 person you'd dream to have a coffee with?

I'd think I'd prefer a beer.... and with Rick & Morty. I know they are a cartoon but who cares hey.

Trainspotting. The film has all sorts of emotions within; from club scenes to love scenes to drug scenes. Working with that sort of pallet is a musician's dream.

We’ve had to change a few things in Brighton over the years. 'The where' to put a party on idea. Unless you’re blessed with the ultimate venue then the best thing to do is keep moving around, changing things up and keeping it interesting. So we at Stompa Phunk do just that. We do all day raving in pubs all over the place and they go off, with an amazing following of people. So it’s not the where is the perfect rave, It’s who does the perfect rave. Stompa Phunk!

I was a massive Daft Punk fan back in 96, so three of their records from the Homework album.

Q:Tell us a fun fact about yourself that most of your listeners don’t know

11:11, it’s my album and I’m very proud of it. We’ve released 3 singles so far - Ear Racer, You Got Me and Rave Dance feat Irvine Welsh. The love and response have been honestly emotional. You end up pouring your heart and soul into albums, trying and giving each track something different, a bit of House, Disco, Techno, Italo. To be honest, I sat on the album for ages and waited for the lockdown to fuck off and dance floors to start rocking again then popped it around to a few people to get a feel, then soon as Steve Mac heard it he said he wanted it for his new label 'Jack Said What' which made me very happy because he’s like family to me. Then Irvine got involved and the project started to take shape. The album 11:11 is out on 11/11/22 at 11:11 am 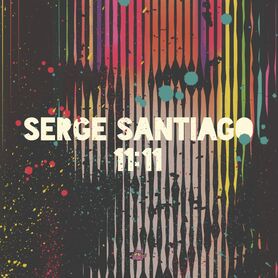