Fabian: For me music production has long been another form of musical expression that I couldn’t achieve with an instrument. The more I learned about music the more I acknowledged the power of arrangement and sound design.

Alex: For me it was the next step, after learning classical piano and writing Hip Hop Lyrics in the mid 90ies. I just wanted to be able to produce my own tracks.

Fabian: I think I can speak for the both of us, when answering. In our world all the good stuff comes from a hybrid of both worlds. Analog has always been the role model for everything digital wanted to be. Now digital has become so much better than for example 30 years ago that even working completely digital is something totally worth it. I like to record work in an analog world with all the amenities that digital conversion are speed offers. Both worlds offer a lot of tempting sounds and possibilities.

It’s hard to say. I have played a lot of different venues in different countries, inside and outside. I think, the venue isn’t the most important thing. You can have a very trashy venue, with a great crowd and super sound, but also vice versa. Any venue that has a good sound and an educated crowd makes a great venue.

Fabian: Breath under waterAlex: Make people only saying the truth. There would be less misunderstandings and therefore less hate & wars.
Q: 1 person you'd dream to have a coffee with?

Fabian: Edward Scissorhands - it’s such a tragic tale that incorporates most of the stories in life.

Alex: Tough question. Probably I’d chose a movie with great pictures, but a score I didn’t feel fitting. There would be no sense in re-writing movies scores like Interstellar.

I normally escape to the seaside a couple of hours away from Milan, in thebeautiful region of Liguria. There is a place where we usually go for specialdinners with family and friends, in a very cute “borgo” (town) called Verezzi, called La Rosa dei Venti. This place offers a large garden in front of one church and one old building, overlooking an amazing view of thegulf and the sea. I think this could be a majestic place to hold a nice littlerave, obviously respecting the beauty of nature and of the buildings of-course.

We just released „ Keep Running“ (incl. Ivory remix). End of next month, with the kick off of our live concerts another single called „Hurricane“ will come out Inch reworks by Musumeci & Deetron. We are also finishing the new EP’s which should be released Mid summer and Autumn.

Fabian: Before becoming part of the music scene I studied agricultural science - I am half a farmer :D 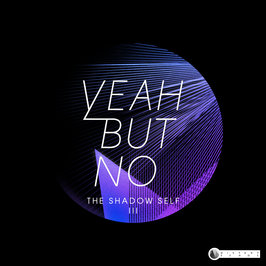